Skip to content
The qualities of the Morpho Blue Butterfly and its exotic beauty is what inspired the name of our hotel in Costa Rica.
Click to rate this post!
[Total: 0 Average: 0]
The qualities of the Morpho Blue Butterfly and its exotic beauty is what inspired the name of our hotel in Costa Rica.
The Morpho Blue is known above all for its impressive size and its striking bright blue colour, but in actual fact they are not shades of blue. It is the reflection of the light on a microscopic scale hitting tiny scales of the butterfly’s wings that give them their iridescent blue hue. This is a phenomenon known as structural colouration which captures certain wavelengths of light.
For centuries the Morpho Blue Butterfly was the subject of legend and was highly studied for the peculiarities of its character. The blue colour is associated in popular belief with a special mysticism and is often thought to symbolise good luck. However, this is but one of its many strange characteristics.
About the Morpho Blue Butterfly
These butterflies have a characteristically slow flight profile that makes them look almost as if they are swaying, and has evolved as a result of their need for constant changes of direction as they negotiate the densely forested tropical areas in which they originated.
The Morpho Blue caterpillars shed their skin five times before they become a chrysalis.
Their iridescent blue colour is visible even to pilots overflying the tropical forest.
They are independent creatures which live alone and only come together to mate.
According to biologists, the name “Morpho” is derived from to the fact that these butterfly seem to change shape as they fly.
The Morpho are not in fact blue. Their colour is a visual effect created by the light as they spread their wings. Their natural colour with wings retracted is a dull brown with eye spots.
They are active during the daytime and at night they camouflage themselves by mimicking the colours and patterns of their surroundings.
There is another species of this butterfly known as the White Morpho. It is an especially rare specie with iridescent white wings which seem to change to purple when seen from certain angles. 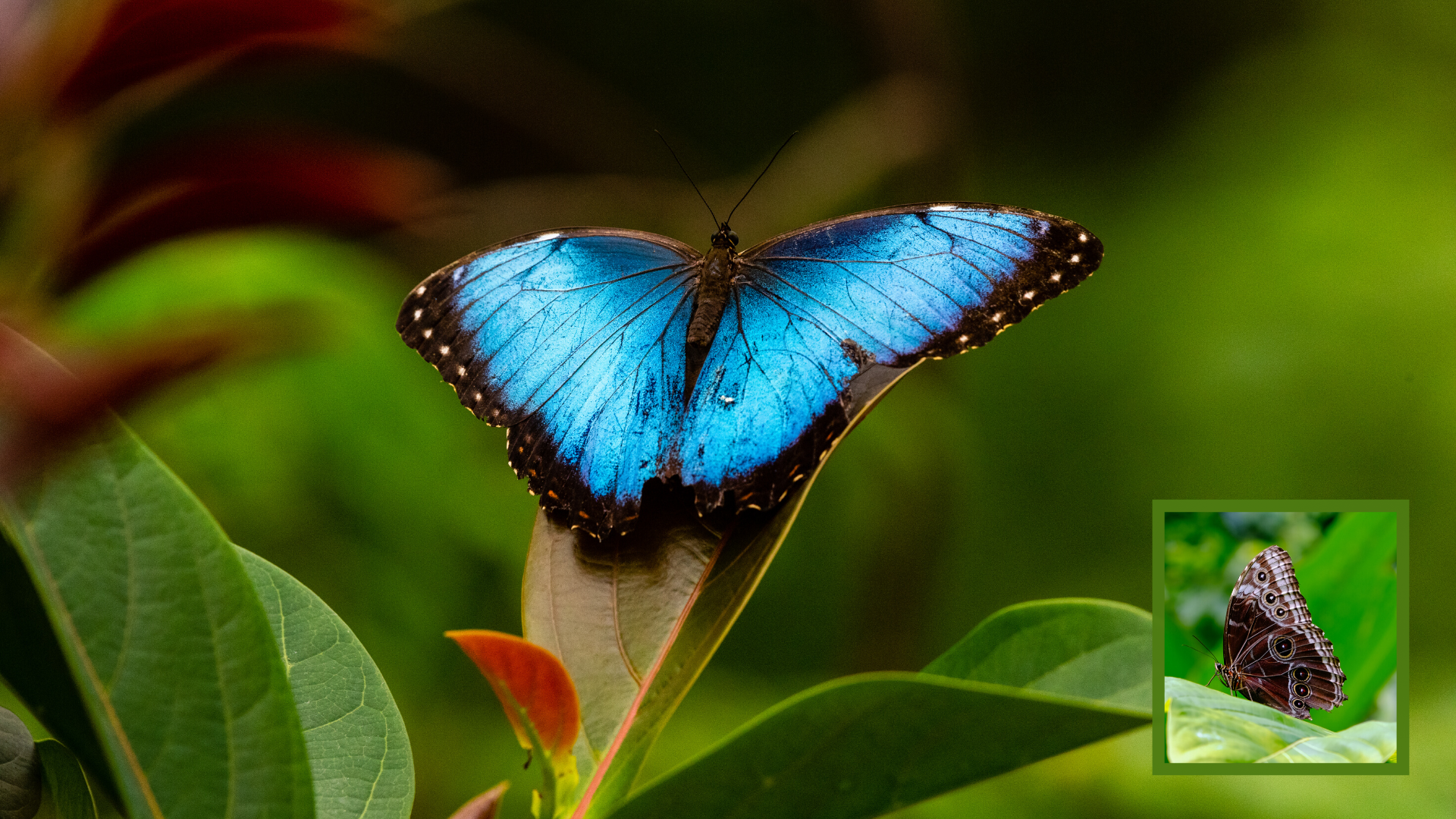 Where does the Blue Morpho live?
The Blue Morpho is found in tropical forest and rainforest environments as it depends upon an abundance of moisture. It survives solely on a diet of liquid.
They come down to the floor of the rainforest to feed, and can often been found flying in clearings in the forest where they warm themselves in the sunlight. They are also found close to streams, lakes and other water sources.
What does the Blue Morpho feed on?
When they are caterpillars, Blue Morphos feed on the leaves of a variety of plants, their favourites being plants from the pea family.
Adult Blues do not eat solid foods and only feed by drinking. They do this by using their proboscis, an elongated tubelike sucking mouthpart which they unroll to suck up liquid. They drink the juices of rotting fruit, fungi, tree sap, and decomposing animals on the forrest floor. The butterflies have their taste receptors in their legs, so remember that when a Morpho butterfly lands on your skin, it is in fact tasting you! 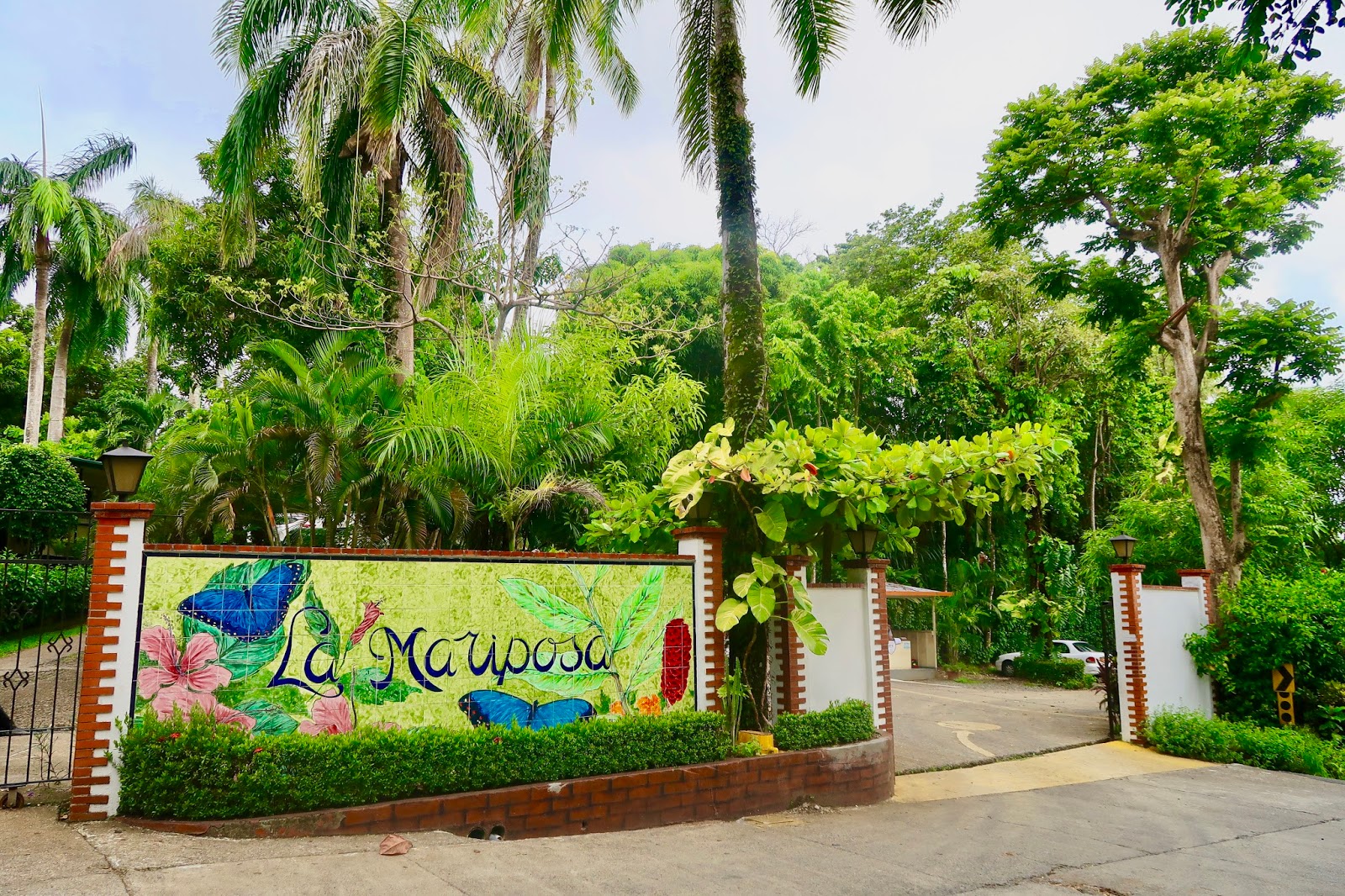